The Salem County Prosecutor, who is appointed by the Governor, with the advice and consent of the Senate, is the County’s Chief Law Enforcement Officer.  It is incumbent upon the Salem County Prosecutor to reach out and work closely with the local police departments and especially the New Jersey State Police, which have jurisdiction in numerous municipalities in the County.

The Prosecutor’s Office is comprised of numerous task forces and units, all of which are charged to detect, investigate and prosecute crimes with the goal of improving the public safety in the County of Salem.

The mission of the  Salem County Prosecutors Office is to use all reasonable and lawful diligence for the detection, arrest, indictment, and conviction of offenders against the laws.

As a constitutionally established law enforcement agency, the Salem County Prosecutor, as the chief law enforcement officer of the county, provides leadership and supervision over the chiefs of police and municipal prosecutors with a view to ensure effective, efficient and uniform enforcement of the criminal laws and administration of criminal justice throughout the county.

The Salem County Prosecutors Office is committed to accomplishing this mission as well as improving the relations between law enforcement and the public, protecting the rights of victims and ultimately improving the public safety in Salem County to make it better place to live, work and raise a family.

The mission of the Salem County Prosecutor’s Office is to create and preserve an environment of safety and security for the citizens of the County.  To accomplish this broad-based mission, certain task-oriented goals, both traditional and non-traditional, have been adopted to provide a framework within which office business is conducted.  Primary among these goals are the following:

Salem County lies in the southwest corner of the State of New Jersey. It is bounded by the Delaware River and Bay to the west, and bordered by Gloucester and Cumberland Counties, to the northeast and southeast respectively. Salem County encompasses 338 square miles — with nearly half of the land actively farmed. It includes the Townships of Alloway, Carney’s Point, Elsinboro, Lower Alloways Creek, Mannington, Oldmans, Pennsville, Pilesgrove, Pittsgrove, Quinton, and Upper Pittsgrove; the Boroughs of Elmer, Penns Grove, and Woodstown; as well as the county seat, Salem City. Salem County boasts a population of less than 66,000 residents — the lowest population and the lowest population density per square mile in the State.

History of the “Public Prosecutor”

In Common Law, a crime was viewed not as an act committed against society but as a wrong inflicted upon an individual. It was the victim’s responsibility to arrest and prosecute the perpetrator, not that of the government. In fact, Common Law courts adjudicated an act of theft or murder no differently than they had settled a contract dispute or an injurious tort. Although the basic structure of the American legal system was taken from the British Common Law system, the role of the public prosecutor is one that is distinctly American.

Most historical references to the evolution of the public prosecutor have pictured him as descended from one of the three European predecessors: either the English Attorney General, the French procurer publique, or the Dutch schout. Although the American prosecutor shares characteristics with all three of these European officers, he is very different in many respects.

Though its origins are unclear, the establishment of a public prosecutor is deeply rooted in American jurisprudence. As early as 1665 there was an elected public prosecutor in Philadelphia. The first statute establishing the office of the public prosecutor, thereby abandoning the Common Law notion of private prosecution was enacted in Connecticut in 1704. By the end of the Revolution, nearly all thirteen states and the Federal government had adopted legislation to establish offices of the public prosecutor within their respective jurisdictions. After the Civil War, there were local prosecuting attorneys in all the states of the union, functioning much like they do today.

Records documenting the evolution of a public prosecutor in New Jersey date back as far as 1686. The New Jersey State Constitution of 1776, like many other States of the period, charged the Attorney General with various legal duties, to include conferring upon him the authority to prosecute criminal offenders on behalf of the State. By 1812, “the Attorney-General was authorized by statute to appoint deputies to prosecute the pleas of the state in such counties as he may not be able to attend in person” (State v. Winne, 1953). The New Jersey State Constitution of 1844 codified the position of Prosecutor of the Pleas, vesting him with all the criminal duties of the Attorney General. Finally, the New Jersey State Constitution of 1947 changed the title to County Prosecutor, specified the selection process, and set the term of office. Accordingly, County Prosecutors are nominated and appointed by the Governor, with approval by the Senate, for a five-year period. Today, the County Prosecutor is recognized as the foremost representative in law enforcement of the executive branch of government in his county.

The Role of the Prosecutor’s Office in New Jersey

To adjudicate felonious criminal maters and offenses involving the family (such as domestic violence and juvenile delinquency), the State of New Jersey established a system of Superior Courts, which are geographically localized within each of the State’s twenty-one counties. Bestowed with the responsibility to prosecute the matters before the Courts of his County, the Prosecutor was designated by statute as a constitutional officer who may, “use all reasonable and lawful diligence [afforded to him] for the detection, arrest, indictment and conviction of offenders against the Law” (State v. Winne, 12 N.J. 152, 1953). For each respective County within the State, the Prosecutor is the chief law enforcement official — and it is he who establishes a “concept of law enforcement” (State v. Winne) for all those under him to follow.

Therefore, it is within this scope of authority that the Prosecutor has inaugurated a staff of trained and experienced assistants, police detectives, and support personnel to implement his concept of law enforcement.

Again, the Prosecutor’s first responsibility is to prosecute the criminal matters before the Courts of his County. In aid of this, the Prosecutor maintains close working relationships with the State Superior Courts, Municipal Courts, and various law enforcement agencies within his jurisdiction. The Prosecutor’s staff of assistants and support personnel screen, prepare, and litigate the ever-increasing number of serious criminal offenses that occur within the County. Additionally, the Prosecutor has established the Office of Victim/Witness Advocacy to provide assistance and to guide Citizens through the often daunting and complicated justice process.

The Prosecutor’s second responsibility is to make sure that the Law is enforced fully and fairly by the police agencies within the County. Because of the demands of present society, this supervisory role has gradually evolved into an investigative function. 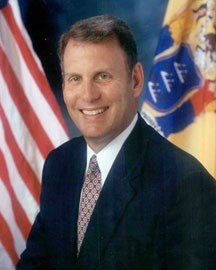 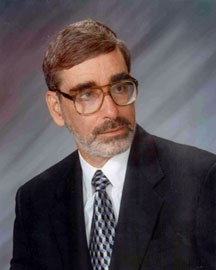 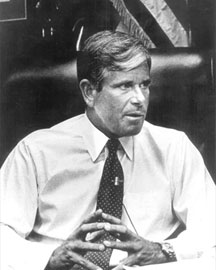 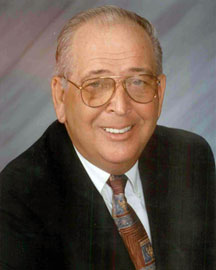 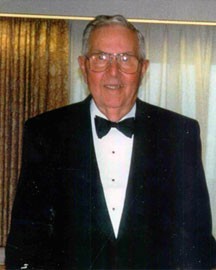