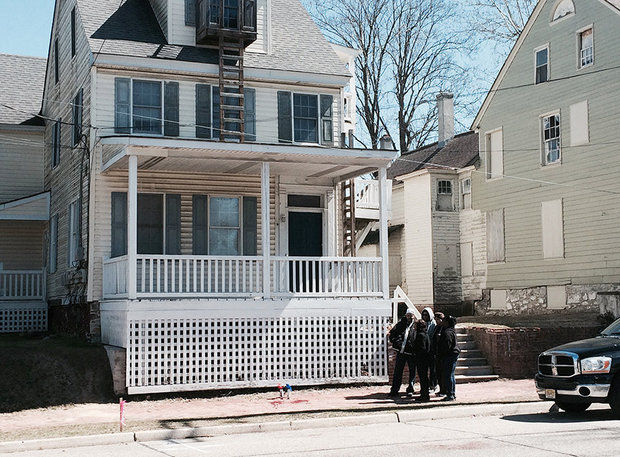 The scene on East Broadway in Salem where a fatal stabbing took place Sunday morning in Salem. The male victim was stabbed multiple times, authorities said. A female was being questioned by police. (Bill Gallo Jr. | South Jersey Times)

A city man was stabbed and died Sunday morning in what may have been a domestic dispute, authorities said.

Salem County Prosecutor John T. Lenahan said a 9-1-1- call was placed at 8:28 a.m. Sunday seeking help for a man who was bleeding.

When authorities arrived on the scene at a residence on East Broadway, they found the unidentified male victim had been stabbed multiple times, the prosecutor said.

A female has been taken into custody in the incident was being questioned Sunday morning, Lenahan said.

it appears a domestic violence incident may have escalated to the point where the victim was stabbed.

Outside the multi-story residence which has been turned into apartments, blood was on the brick sidewalk and in the street.

A small memorial with two candles and two artificial flower arrangements were on the sidewalk.

Some who knew the victim stopped by.

More information on the incident, including the victim’s identity was expected to be released later Sunday.