Man died from single gunshot to the neck 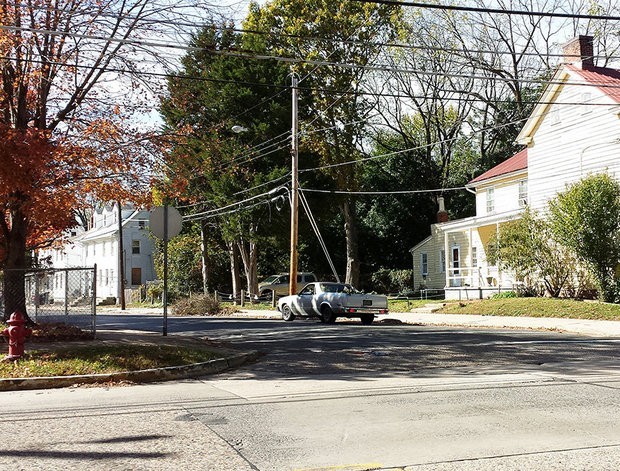 A man who was shot and wounded on Olive Street in Salem City early Monday later died. No suspects have yet been arrested, police say. The victim, Shariff Aaron, 19, was found on the sidewalk on Olive Street about 50 feet away from where the street intersects with East Broadway, shown here.

A Salem man was killed earlier this week by a single gunshot to his neck, authorities say.

Shariff Aaron, 19, was found lying on sidewalk on the southwest side of Olive Street around 12:20 a.m. Monday.

An autopsy found that Aaron was killed by a single gunshot to his neck, Salem City Chief of Police John A. Pelura III said Wednesday.

After he was discovered, Aaron was airlifted from Salem City to Christiana Hospital in Newark, Delaware, where he died about six hours later.

So far, no suspects have been taken into custody, and police have no motive.

One of the problems police are encountering is that the public has not helped.

“We don’t know what the circumstances were because no one has come forward,” Pelura said.

According to the chief, when first responders arrived on the scene there were some bystanders including the woman who called 911 to report Aaron was on the sidewalk, but they offered no information on what happened.

Aaron was found about 50 feet from where Olive Street intersects with East Broadway. On Oct 2 another man was shot while standing at that intersection but he lived.

Anyone with information on this shooting should call Salem Det. Sgt. Carlos DeLaPaz at 856-935-0033 or contact the Salem County Prosecutor’s Office, which is also helping to investigate the case, via its tip line at 856-935-2tip.

Other homicides took place in Penns Grove and Pennsville.