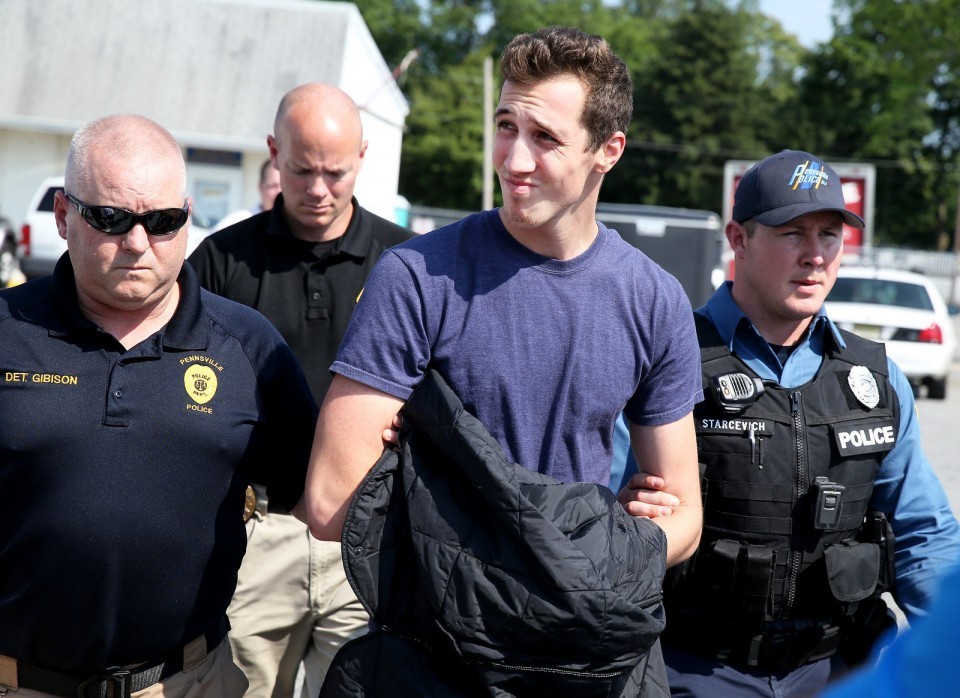 The driver who struck a popular high school athlete and then left him lying critically injured along a Pennsville Township road will be sentenced to three years in prison, officials say.

Zachary McDonough of Pennsville has plead guilty to knowingly leaving the scene of an accident resulting in bodily injury, according to Salem County Prosecutor John T. Lenahan.

It was just before 2 a.m. on June 7, 2015 that McDonough struck Kyle Pszenny as Pszenny rode his skateboard along North Hook Road near Beaver Avenue.

Pszenny, then 17, suffered severe brain injury, broken bones, and a dislocated neck in the crash, reports said at the time. He had been headed home from his girlfriend’s house at the time of the accident, authorities said.

Pszenny was in a coma for a month and still continues his recovery.

McDonough, who was 23 at the time of the accident, fled the scene, leaving PSzenny lying in the roadway, according to authorities

McDonough hid his car after the crash. Police found the vehicle not far from the scene on North Hook Road.

McDonough then turned himself in to police a day after the accident.

“It was a tragic incident and we believe we have the right resolution,” Lenahan said.

After the accident the community, including his classmates and fellow football team members at Pennsville Memorial High School, rallied around him.

McDonough agreed to a plea deal with the prosecutor’s office this week.

McDonough had been charged at the time of his arrest on June 8, 2015 with assault by auto, knowingly leaving the scene of an accident resulting in bodily injury, endangering an injured victim, hindering apprehension and tampering with evidence.

Sentencing is scheduled for McDonough on June 3 in Superior Court in Salem.

McDonough will be required to serve 85 percent of the term before he will be eligible for parole.

A call to the office of the attorney representing McDonough was not immediately returned.