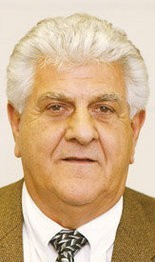 Spina, 73, has served on the Mannington Township Committee since 2009 and was elected to his third term in last November’s General Election. He did not return a call seeking comment Wednesday afternoon.

Also charged was his wife, Lindajean Spina, 63, according to Lenahan.

The prosecutor said the investigation revolved around long-term health benefits that one of the Spinas filed for, but allegedly was not entitled to receive.

The case was turned over to the Salem County Prosecutor’s Office Insurance Fraud Unit after an investigation by a private insurance carrier, according to Lenahan.

“Insurance carriers commonly conduct their own investigations of fraud,” Lenahan said in a statement issued Wednesday. “If it is determined that criminal elements exist in these particular cases, the matters are then turned over to investigators at the county prosecutor’s office for review and follow up.”

The Spinas turned themselves in to investigators at the prosecutor’s office Tuesday afternoon, were processed and released on summonses.

Lenahan would not give further comment on the charges. There are currently no court appearances scheduled in the case.