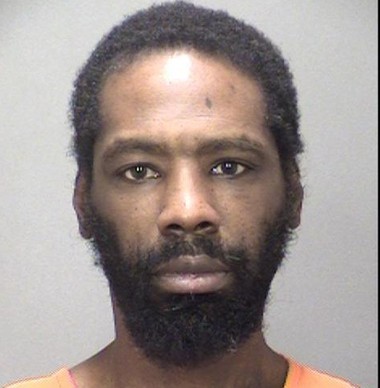 On Wednesday, December 3, 2014 at approximately 8:47 p.m., emergency personnel were dispatched to 210 South Broad Street in Penns Grove for a report of an unresponsive child. Upon the arrival of the Penns Grove Police Department, a 4 year old female was found in cardiac arrest. Officers initiated CPR until the arrival of EMS and she was subsequently transported to the Memorial Hospital of Salem County. The victim was unable to be revived and died at approximately 9:53 p.m.

The Salem County Prosecutor’s Office initiated an investigation into the cause of the child’s death with the assistance of Penns Grove Police Department and Carneys Point Police Departments. An autopsy conducted during the course of the investigation revealed that the victim suffered laceration liver from blunt force trauma which resulted in death.

Investigators identified Michael Oliver, 43 of West Pitman Street, Penns Grove as being present in the residence with the victim and 3 other children, ranging in age from 1 to 5, at the time of the incident. Officials believe that Oliver was acting as a babysitter for the children when the incident occurred and repeatedly punched the victim in the stomach was resulted in her death.

Salem County Prosecutor John T. Lenahan stated “This is a horrific and tragic incident. Our thoughts and prayers are with the parents and the family of the innocent 4 year old victim. I appreciate the rapid and outstanding efforts of the detectives and the Medical Examiner’s Office which led to the arrest of the perpetrator.”

Chief of County Detectives Brian Facemyer added “I commend the officers and investigators involved, they worked tirelessly and diligently through the most difficult of circumstances to quickly remove a violent predator from our streets and bring closure to such a senseless act.”

Oliver was taken into custody on Thursday afternoon on State Street in Penns Grove and later charged with Murder, Manslaughter, Aggravated Assault and Endangering the welfare of a child. He was lodged in the Salem County Correctional Facility in default of $1,000,000.00 bail.

The other children were not injured and were turned over the custody of family members. The New Jersey Division of Child Protection and Permanency were also involved in the investigation.