Police are seeking the public’s help in locating a city man who hasn’t been seen for more than a week. 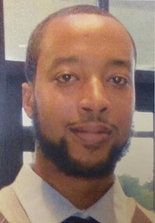 On March 23 his family reported him missing to police.

Pelura describes Thompson as an African-American male, 6 feet, 3 inches tall and weighing 195 pounds with brown eyes and back hair.

He has a tattoo of “Sandy” on his right arm.  When he was last seen he was wearing a brown uniform shirt, yellow and navy colored jacket, blue jeans and sneaker.

According to Pelura, while he lives in Salem, he may also frequent Wilmington, Del.

“We do not believe his absence is related to foul play at this time,” Pelura said.