Below are overviews regarding the primary Law Enforcement agencies in Salem County, New Jersey.  If you are interested in a career in Law Enforcement, please carefully read each section you’re interested in. If you have any further questions, feel free to contact the appropriate person as indicated in the information provided.

History: The Office of the Sheriff is the oldest law enforcement office known within the common law system. From the beginning of English and Scottish law, the sheriff’s office was the center of the local administration of justice. The office of the Sheriff was brought to this country by the Pilgrims.

The office of the Sheriff is the only elected law enforcement position in the state of New Jersey. The sale of property had been the responsibility of the Sheriff’s office for over seven hundred years and this function is still performed. The authority over constables, wardens and the jail are a continuing responsibility along with court safety, transportation of inmates and the service of warrants.

In order to be considered for employment in an entry-level law enforcement position, candidates must pass a written exam called the Law Enforcement Examination (LEE). Those who pass will remain in the eligible pool for two years. The pool of eligible candidates that result from the LEE will be used to fill positions for law enforcement titles in all Civil Service jurisdictions.  NJ Civil Service Commission:  http://www.nj.gov/csc/ 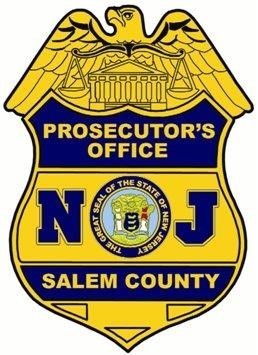 History: Salem County lies in the southwest corner of the State of New Jersey. It is bounded by the Delaware River and Bay to the west, and bordered by Gloucester and Cumberland Counties, to the northeast and southeast respectively. Salem County encompasses 338 square miles — with nearly half of the land actively farmed. It includes the Townships of Alloway, Carney’s Point, Elsinboro, Lower Alloways Creek, Mannington, Oldmans, Pennsville, Pilesgrove, Pittsgrove, Quinton, and Upper Pittsgrove; the Boroughs of Elmer, Penns Grove, and Woodstown; as well as the county seat, Salem City. Salem County boasts a population of less than 66,000 residents — the lowest population and the lowest population density per square mile in the State.

Requirements: Due to the very selective and highly competitive nature of the positions in our office, a limited number of opportunities are offered each year. Only individuals possessing outstanding character and a high degree of motivation will be selected. In order to be considered for a position, individuals must meet the following minimum criteria at the time of the application: 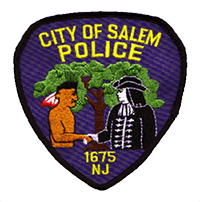 Requirements: Applicants must be at least 21 years of age and possesses a high school diploma or GED and never had been convicted of a felony.

The New Jersey Department of Personnel administers the entry level testing. Generally, test announcements along with applications come out in January and must be returned shortly thereafter. The applications are processed, and the test is usually administered in the spring. It is strongly recommended that you enroll in a test preparation course before taking any law enforcement exam. The exams are then graded and lists are returned to the agencies ranking applicants by score.

The applicant is then scheduled for the next police academy and must successfully complete the roughly 24 weeks of training. Once training is complete the candidate will complete at least two months of OJT with a field training officer and complete a one year working test period. 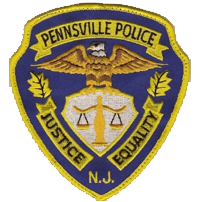 Requirements: Applicants must be 21 years of age but not older than 35 years of age.  The applicant must possess and Associates Degree in Law Enforcement or a related field of study from an accredited college or university or have 65 credit hours towards such a degree.  Or the applicant can have 4 years of Military experience with an honorable discharge.  Any questions, please call 856-678-3089 Ext. 100 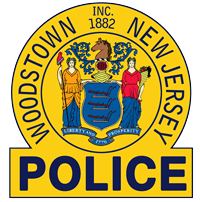 History: Woodstown is a borough of Salem County. Woodstown has retained its rural “All-American Town” character through protection and preservation of its many historic structures. Police services are provided by the Woodstown Police Department