Tasers on order: 6 Salem County police departments to get devices 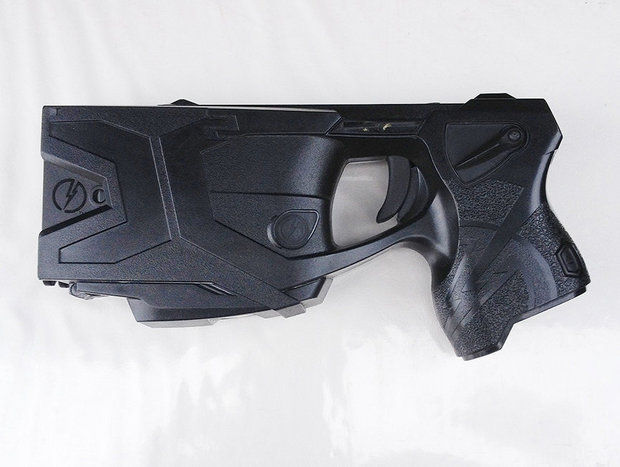 They are officially known as Conducted Energy Devices.

But to most people they are tasers and they are coming to Salem County’s streets.

Six municipal police departments in the county are getting them this summer thanks to a special grant through the New Jersey Attorney General’s Office, Prosecutor John T. Lenahan said.

The tasers will help officers on the street gain control over suspects that pose a threat to them through non-lethal means, officials say.  The devices deliver a powerful electrical charge which temporarily disables a person.

Salem County will be joining a number of other South Jersey counties whose police departments already the devices available to their officers.

“The distribution of the Conducted Energy Devices provides a tool for officers, under appropriate circumstances, to subdue or arrest an individual without resorting to the use of deadly force,” said Lenahan.

“We are appreciate of the Attorney General’s Office making the grant funds available.”

The grant was made available to departments which did not have the devices and could not afford to buy them.

The total cost of the devices is $23,940. The state Attorney General’s Office is providing $11,349. The remaining $12,591 is coming from the prosecutor’s office’s forfeiture fund which includes money and property seized from criminals.

None of the money is coming from county taxpayers.

“With the implementation of tasers, it gives a less than lethal option when faced with an aggressive or resistant suspect.

“It will enhance the prosecution as well as provide a review of the actual incident,” said Cummings who noted the devices are equipped with their own video cameras. “Having a taser will increase the safety of our officers as well as the members of the public.”

The introduction of tasers as part of the equipment carried by law enforcement officers in Salem County will follow neighboring Gloucester and Camden counties where they are already in use.

Camden County Prosecutor’s Office Spokesman Andy McNeill said 13 agencies there currently have tasers or are in the process of acquiring them through grants.

Among those are the Camden County Police Department — Metro Division and both the county’s prosecutor’s office and sheriff’s office.

By the end of the year, Weisenfeld said, three more local police departments there will acquire them.

In Cumberland County, Prosecutor Jennifer Webb-McRae said none of the local police departments there or the prosecutor’s office currently have tasers.

The tasers coming to Salem County are expected to be delivered by mid to late August.

When they arrive, officials say, officers who will use them will go through two days of training on how to handle the devices. They will need to requalify to handle them after one year.

Certified trainers from the prosecutor’s office and sheriff’s office will instruct the local officers on the proper use of the tasers.