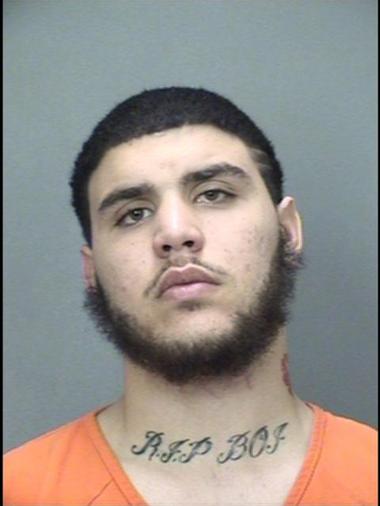 A third person was arrested and charged Friday in connection to the shooting death of a city man at the Westside Court housing complex in June, authorities said Wednesday.

Tyree Robinson, 18, of Bailey Street, in Woodstown, was arrested and charged with murder and other related offenses in connection to the death of Braheem Long on June 18, according to Salem County Prosecutor John T. Lenahan.

Long, 24, was shot several times shortly after midnight and was taken to The Memorial Hospital of Salem County, in Mannington Township, where he was later pronounced dead, according to police.

The incident was the first in a string of violent events in the city that authorities said were all connected.

Robinson, who was a juvenile at the time of the incident, was taken into custody by members of the Salem City Police Department and Salem County Prosecutor’s Office Friday afternoon on Olive Street in Salem, Lenahan said.

Authorities previously charged Radulah Lee, 19, of Salem, with murder and other related offenses a week after the shooting. Nicle Douglas, 31, of Salem, was also arrested and charged with obstruction and false swearing as part of the investigation, Lenahan said.

Both are still in custody, and the matter is pending before a Salem County grand jury, according to the prosecutor.