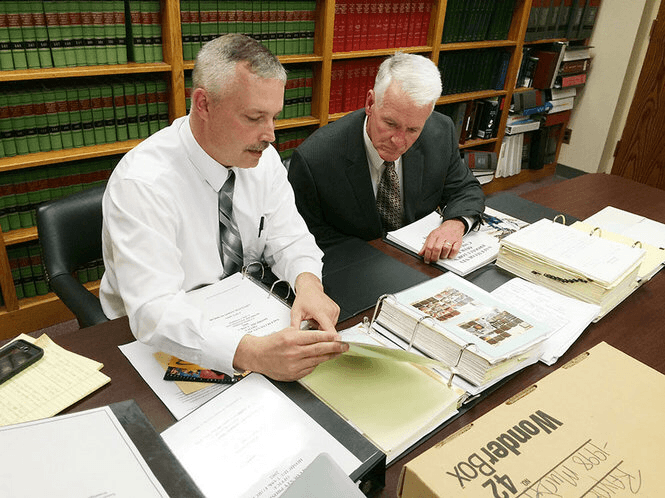 There are four unsolved murder cases in Salem County and for top law enforcement officials that’s four too many.

Often to referred to as cold cases, these killings are far from forgotten.

“Salem County’s four unsolved homicides have and will continue to remain open in an effort to bring closure for the victim’s family and bring those responsible to justice,” said Salem County Chief of Detectives Brian Facemyer.

“Through the intensive investigations conducted on these cases, investigators believe that there are still people out there who can provide crucial information that will lead to the arrest of individuals. The detectives at the Salem County Prosecutor’s Office are committed in continuing to follow-up on all leads to bring these cases to a successful conclusion. ”

All homicide cases prior to Hewitt’s killing in 1991 in the county have been solved. And since the Brice murder in 2000 there have been 38 homicides in the county, all solved, too.

In 2002 the Salem County Prosecutor’s Office’s Cold Case Homicide Task Force was formed. At that time there were five outstanding cases, but the task force quickly solved one — the murder of Leroy Washington in July 2000 on South Smith Avenue in Penns Grove.

The four remaining cases remained open and are assigned to investigators within the Salem County Prosecutor’s Office Criminal Investigative Division and are regularly reviewed.

Over the years information from all of the cases has been carefully organized. Reports, photographs and witness statements are all cataloged. Physical evidence collected from each crime remains held in a vault.

The ongoing investigations in the cases have yielded results. In at least one case a new witness was recently identified, according to Facemyer.

Here’s a look at Salem County’s unsolved murder cases from information provided by the prosecutor’s office:

On Dec. 5, 1991, a volunteer worker from Salem County Meals on Wheels discovered Elbridge Hewitt on the kitchen floor in his apartment at Salem Manor on Yorke Street in Salem City.

Rescue crews were called, but Hewitt, 72, was already dead.

An autopsy showed that Hewitt died as a result of stab wounds. During the investigation, robbery was developed as a possible motive for the crime since he had recently received money.

The intensive investigation included interviews with other tenants in the complex which lead police to several persons of interest. However, sufficient evidence to file charges against anyone was not developed.

On Sunday, Jan. 26, 1997 at approximately 5:03 p.m., James Curtis Harris was found dead inside his apartment in the E Building at the Whispering Waters Apartment complex on Grieves Parkway in Salem City.

The complex is known today as Harvest Point.

Harris, 38, was discovered by a friend, who had arrived at the second-floor apartment to pick up Harris for church.

An autopsy determined that Harris died as result of a stab wound.  The motive appeared to be robbery.  Authorities said Harris helped with church fundraisers and someone may have thought Harris had church money in his apartment.

Authorities identified several people described as persons of interests, but no charges have yet been filed.

The Harris killing, though is one case were re-examination lead authorities to a new witness who has been interviewed.

On Sept. 1, 1998 around 12:30 a.m., Rayneer Foster, 19, of Penns Grove was found lying on Cumberland Avenue in the borough with injuries sustained from a gunshot to the chest.

Foster was taken to The Memorial Hospital of Salem County where he was later pronounced dead at 1:44 a.m.

Investigators identified several witnesses who saw Foster standing in front of his home on Walnut Street in Penns engaging in an argument with an unknown person in a vehicle.  Shortly afterward, the witnesses told authorities they heard a gunshot and saw Foster running toward Cumberland Avenue where he collapsed.

Witnesses also told authorities they saw a car speeding away from the area of this shooting.  Several people described as persons of interest have been identified since the killing, but none have yet been charged.

On Feb. 15, 2000, the family of Nyoka Brice of Salem reported her missing to the Salem Police Department.  Brice, 20 at the time, was also several months pregnant.

In March, 2000, investigators located clothing and identification belonging to Brice in a remote, wooded area on Clancy Road in Mannington Township, but Brice remained missing.

On April 20, 2000, a boater found a badly decomposed body floating in Alloways Creek north of the Quinton Bridge in Quinton Township. The legs of the body were bound together with telephone cord.

The body was positively identified as Brice’s.

Investigators identified William Pierce, 36 of Salem as having been involved in disposing the articles of clothing and Brice’s identification and he was charged with tampering with physical evidence, obstruction and compounding.

The investigation included numerous interviews, search warrants and evidence collection, but to date, no one, other than Pierce, has been charged in connection with Brice’s murder.

Lenahan says that through the decades the motives for homicide have changed. Years ago murders were often the result of domestic disputes, he said. Today more of the killings involve drugs and solving the cases has become much more complicated.

“When drugs are involved, money is involved and you have turf wars,” Lenahan said. “Those issues didn’t really exist here before the mid 1980s.”

In most of the unsolved cases authorities believe there are witnesses who, for whatever reason, are reluctant to come forward

Lenahan and Facemyer said they hope those with information about the killings will finally step forward and do the right thing.

Anyone within information on the unsolved cases can contact the Salem County Prosecutor’s Office at 856-935-7510 Ext. They can also provide information anonymously by using the tip411 app on their mobile phone or text a tip to 847411 keyword SCPO followed by the tip information. In addition, anonymous tips may be called in to 856-935-8119 or 856-935-2TIP.