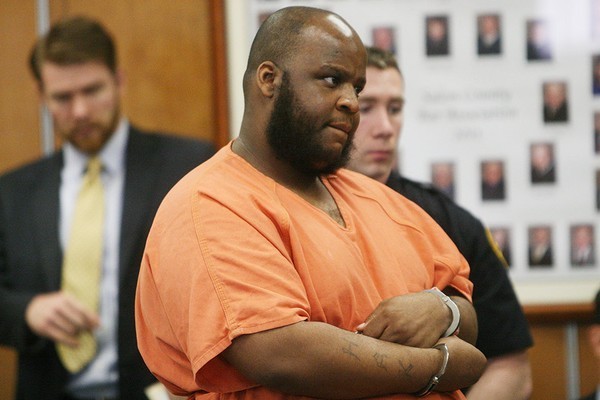 Less than two years after a man was shot to death and his child kidnapped in Salem County, a jury convicted his killer.

Hakeem O. Williams, 32, of Philadelphia shot Jakaiye Ingram, 24, of Pennsville Township, following a confrontation on a Saturday afternoon in July 2016, prosecutors had alleged.

Ingram was driving a Volkswagen Jetta with his girlfriend, Yasmine Taylor, in the passenger seat and the couple’s 1-year-old son in the backseat when they passed Williams, who was walking on South Broad Street in Penns Grove.

Words were exchanged and Ingram stopped the car. Williams and Ingram, who didn’t know each other prior to the encounter, began arguing and Williams pulled a gun, firing multiple rounds, authorities said.

As Taylor ran from the car to help her wounded boyfriend, Williams jumped into the vehicle and took off with the couple’s 1-year-old son still in the back.

The car was found abandoned in Philadelphia hours later with the child unharmed and still strapped in his seat. Williams surrendered to Philly police the next day.

Following a trial that lasted several days, the jury deliberated for a day and a half before returning Wednesday afternoon with guilty verdicts on charges of first-degree murder, first-degree kidnapping, third-degree endangering the welfare of a child, and four related crimes.

Lenahan praised Assistant Prosecutors William Holmes and Jon Flynn for their work on the case.

Sentencing is set for April 20.